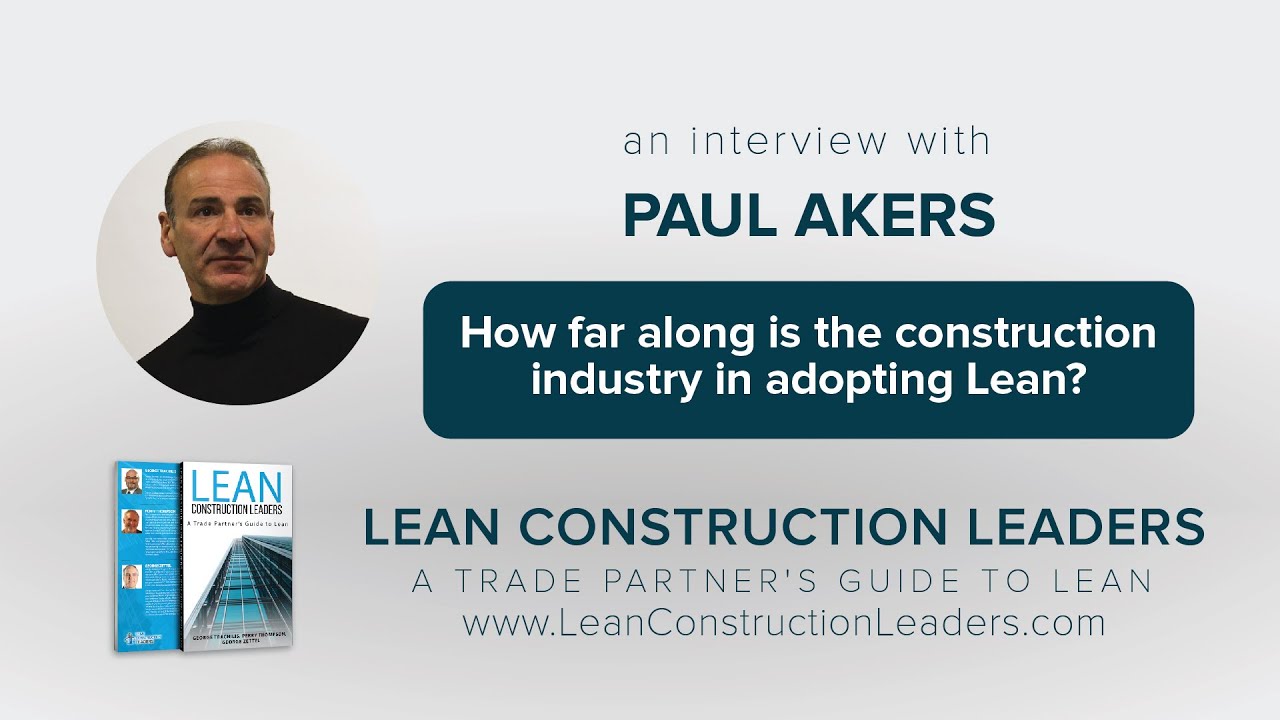 How far along is the construction industry in adopting Lean? 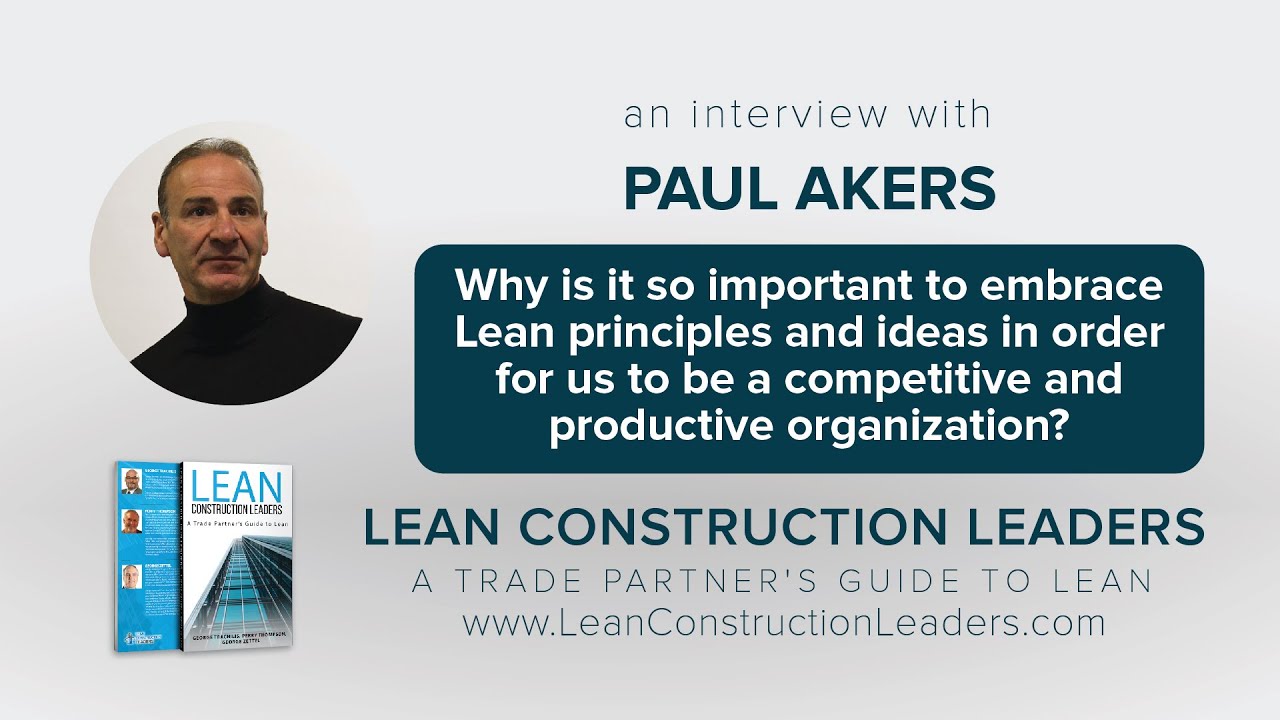 Why is it so important to embrace Lean principles? 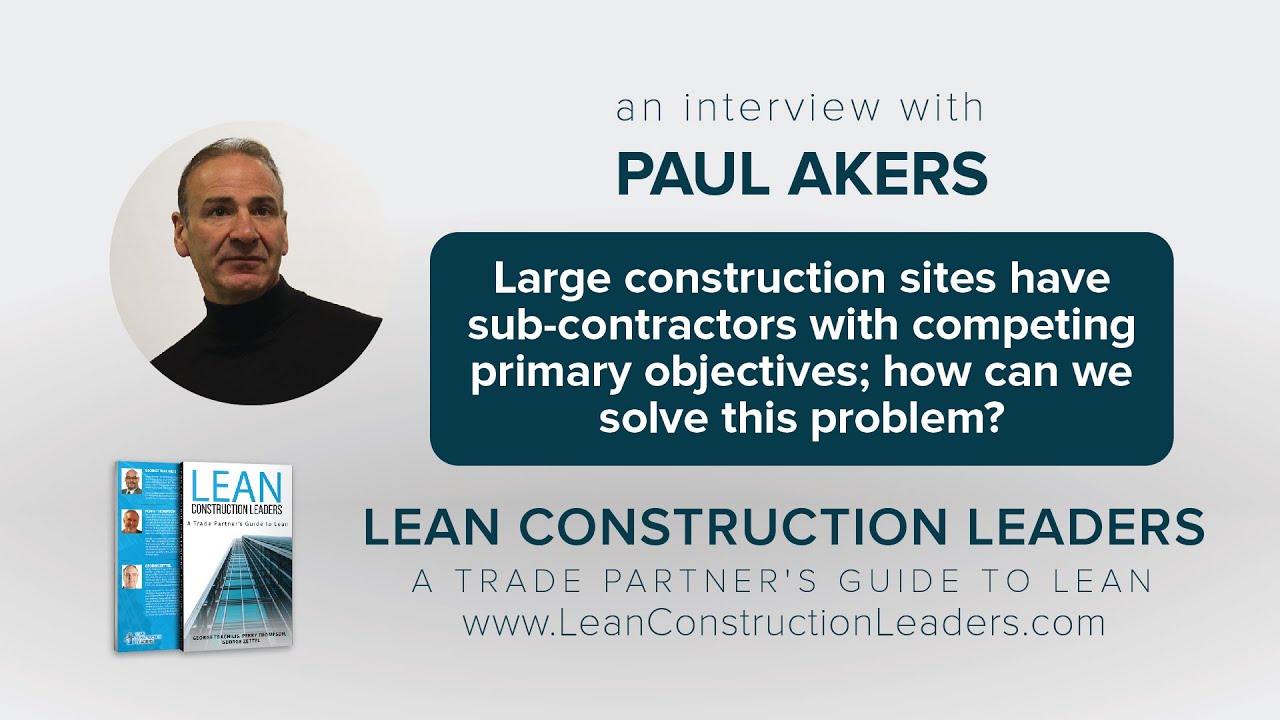 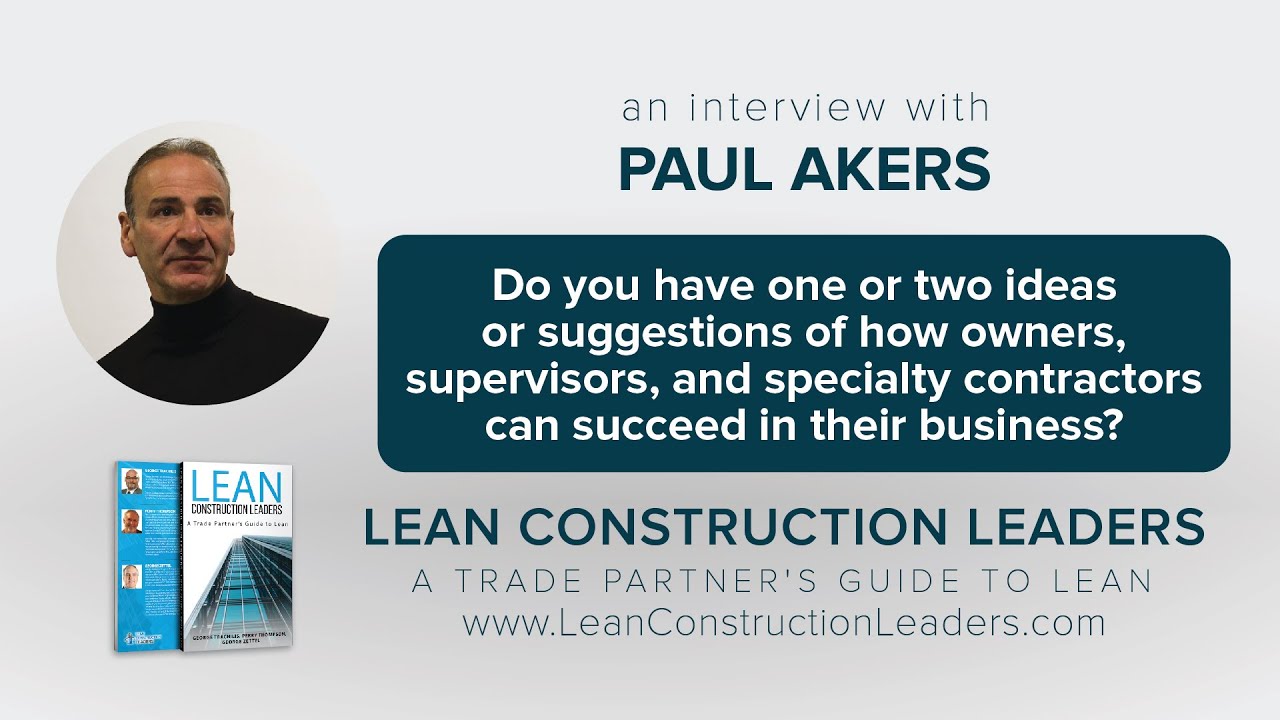 Do you have one or to ideas or suggestions

How far along do you think the construction industry is in Lean?

The way I want to answer that question is first by saying what is lean? My definition of lean is total participation of everyone in the organization to be able to see waste and make small incremental improvements daily.

When you have an entire team pulling together in the exact same direction it is then that everybody understands the goal. It is to provide continuous improvement, increasing value, and driving cost down while increasing efficiency. Work should be getting better when everyone understands that objective and everyone is pulling together in that same direction as an entire team. That is the definition of lean in my mind.

So, how is the construction industry doing in that, I would say on a scale of 1 to 100, I would say maybe 5%, which is not very good. I can say that because I travel all over the world and I work on a lot of large construction companies. There is a lot of traction and a lot of smoke – stuff that looks like Lean and has the nomenclature of lean – but the big defining issue is; is the top management or leaders, are they doing lean? Often times they are too busy making millions and billions of dollars – according to the organizations that I have worked with – to be bothered with that. They have big deals to put together. They don’t think the fundamental disciplines and principles – that allow for Lean to develop in their organization – are where they need to be a part of and supporting on a daily basis. They think that their role is to do the big deals. So, this is the big rub – big money, big deals – they don’t think process is the Holy Grail, the cornerstone of organizational health. That’s my opinion. Whenever I do see the top leaders totally engaged and understanding that this is the Holy Grail, this is the cornerstone, this is the secret weapon, then I see amazing things happen. And I see that happen about 5% of the time. But most of the time it’s all smoke and mirrors.

Why is it so important to embrace Lean principles and ideas for us to be a competitive and productive organization?

Well, there are two reasons; joy and survival.

When you embrace lean and you are continuously improving; your life and work are getting better. Your customers are more satisfied; you have more joy in your life. That’s all there is to it, there is more joy in the organization and everything is improving. This is the cornerstone of how we are wired as human beings. We are wired to think and solve problems. That’s what our brain is capable of doing and that’s why we have this powerful tool up here [Paul points to his brain]. Now, if you take an entire organization and they do that consistently and deliberately, then you are going to have more joy and satisfaction in your life. That’s the first reason, just joy!

That’s why I do it; joy and survival.

One industry specialist said large construction sites are competing with many different contractors all with different primary objectives, and can I make recommendations on how to solve that problem, what is the counter measure?

The best thing I can do is share with you a real life experience on how you change that. I worked extensively with the BI Group in Kazakhstan. They have about 7,000 employees, and 40,000 subcontractors that work for them. They do business in the oil and gas industry; business such as road construction, large commercial developments, and condominium projects. There is just a vast array of avenues that they are working in. As you can imagine they have different kinds of subcontractors and contractors that they are working with, and everybody is coming at it from a different standpoint.

What they did was quite remarkable. They set out to train all their subcontractors. As I said there are 40,000 people which is pretty staggering. They did a couple of different things. The first thing they did was bring everyone together in a huge theatre at multiple times. The theatre had thousands of people in it and I spoke to all the lead people of all their subcontractors; the owners, general managers, and so forth. I gave them a very long presentation – two or three hours – on what is lean and what the BI Group is trying to achieve. First, they got everybody on the same page, and they understood what the BI Group was trying to accomplish.

The next thing they did was send a lot of those leaders to Japan with me where I trained over a hundred and fifty of those leaders. They understood what lean thinking was about, understood the Japanese culture and especially the TPS (Toyota Production System). The next thing they did was they established a dojo, actually a BI university for lean where they could train those subcontractors.

After that they set out to let them know that this is the direction we are going if you want our money and contracts, you need to learn Lean and you need to start implementing it and teaching and training your people. I know that when I was in Kazakhstan I went around to different subcontractors whether a window contractors, glazing subcontractor, siding contractors, and concrete contractors, and I would go around with the general managers and the owners, and they would show me all the cool improvements they were doing and show me the videos they were making. It was truly remarkable that this organizations, the BI Group, was able to turn everybody towards Lean.

The answer is you must get everybody aligned and you must put tons of money, time, and effort into making sure that everybody is on the same page. You can’t just talk about it, you must go out and support it with real world effort. There you go!

Do you have any ideas or suggestions of how owners, supervisors, and specialty contractors can succeed in their business?

Number one – you must understand that you are every inefficient, be honest with yourself. Number two – begin the journey of continuous improvement. You personally as the leader need to begin the journey.  You need to improve your processes, not going to your workshop or your construction site and saying, hey you guys you need to start doing Lean. You got to do Lean. When you start to do Lean and you start experiencing the joy and satisfaction of doing Lean in your processes, then you will be able to speak with authority to the people who work with and the people you work along side. It is very important that you first become proficient.

The second thing I would say is set a seemingly impossible target. What I mean by that is? As an  example I will talk about a Japanese seemingly impossible target; to develop the Shinkansen high speed train system in 1964 for the Olympics in Japan. They wanted to go from Tokyo to Osaka in 3 hours, it was seemingly impossible. First of all, nobody had developed a high-speed train system at that point that. They had all these difficulties like bad weather, earthquakes that are tectonic in nature, and they had to overcome a lot of difficulties; they had about 3 or 4 years to it, but they set this target. Everybody came together, pulling together and they achieved that objective.

I think most people’s targets in organizations are always based on monetary outcomes, which is a total joke. It’s the wrong return on investment and it is the wrong qualifier. You want it to be something lofty and amazing. Kennedy said we “we want to put someone on the moon” this is a seemingly impossible target; this is the kind of vision or target that instils a passion in people to achieve something where people come together. Money is not what motivates people, people think it does, but it doesn’t. The last example would be Winston Churchill, when he was faced with the threat of Nazis invading England, he said we will fight in the sea, on the land, we will fight on the hills, we will fight on the fields, we will fight in the cities, but we will never surrender.

This idea of having this seemingly impossible target that brings everyone together; you need that. For me at my company, FastCap, it is striving to be the best Lean organization in the world. And if we can do that, we can change the world. Already we’ve had thousands of people come to the company, and hundreds of thousands of people have read my book, and are changing their organization based on simple principles and concepts; so, what you want to do is make a ding in the universe. We want to make an impact and be significant in our community, society and the world. To do that by setting seemingly impossible targets, like becoming the best Lean organization in the world. So there you go!

Those are the things that I would do if I was the leader in a construction company and I would a lot of fun doing it. Thanks a lot, hopefully all this has helped you.